Kinesiology majors have amazing opportunities to discover more about their dynamic field.

From the laboratory to the sports stadium, kinesiology majors enjoy exciting ways to dig deeper into their academic interests and see them, literally, in action.

Exploring the Sports Shrines of L.A.

On his way to the L.A. Coliseum, David Moreno was excited to see a familiar stadium in a whole new light.

It’s where countless college football clashes have erupted. It’s been the home of the Chargers, the Raiders, and the Rams. It’s where the Dodgers won the 1959 World Series. It’s where the Olympics were held—twice. In 2028, it’ll become the only stadium in the world to host the Olympic Games three times. But on a Thursday in late January, the Coliseum was David’s classroom.

In professor Kathy Barlow’s course, Great Sports Shrines of L.A., about two dozen Whittier College students learned the ins and outs of the industry by visiting some of the many great sports venues surrounding Whittier, including the home of the LA Galaxy and the headquarters of the Big West Conference, to name just a few.

The course exposed students to a wide variety of sports management career opportunities, including communications, community outreach, and event management. In Barlow’s course, students explore the venues and pick the brains of the professionals who work there—including Whittier College alumni. 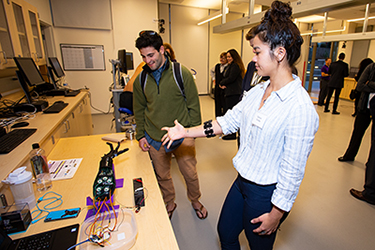 Empathy and Insight through Robotics

With a robotic arm she 3D-printed on campus, kinesiology major Danica Cooley is helping physical therapists understand how best to equip their patients.

The arm Danica produced is called a myoelectric prosthetic, which uses muscle signals to control the device. With the help of a computer science alumnus on writing the code that controls the arm, Danica successfully programmed the prosthetic to respond to her movements.

"It was crazy, it’s kind of like your child when you watch it walk for the first time," Danica said. "That’s a little dramatic, but that’s how we felt.”

Danica invited people to test the newly minted robotic arm to observe who demonstrated “exploratory behavior.” Did they try out new gestures, unprompted? And how quick were they in learning how to do all of these things? Danica can use her data to better understand the kind of patient that would be more likely to use a myoelectric limb. The findings can also help engineers design a better product.

After graduation, Danica plans to finish schooling for physical therapy, with an emphasis in prosthetics and orthotics.

“That’s where our world is moving towards, and it would be cool to integrate that more,” she said. 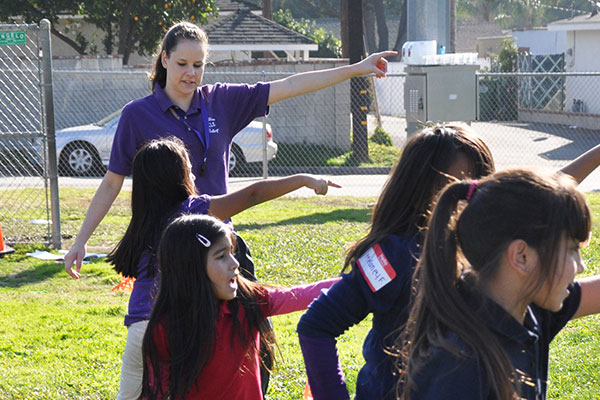 Kinesiology professors know that a critical component to the ultimate success of their students is hands-on experience. As such, students are just as likely to find themselves in a sports lab as they are teaching a P.E. class at a nearby elementary school.

Students practice concepts learned in the classroom as they lead dynamic lessons off campus, thanks to this professor-led service-learning project. The classes provide invaluable opportunities to ethically research child behavior, from their school lunch diets to media and parental influence on their fitness. Besides gaining a deeper understanding of exercise theories, students learn a great deal about instruction, teamwork, and service learning.

“The combination of lectures, practice labs with classmates, followed by immediate application with real 5th graders provided an extremely unique learning opportunity that resulted in a tremendous grasp of teaching and service,” said kinesiology major Katie Back. 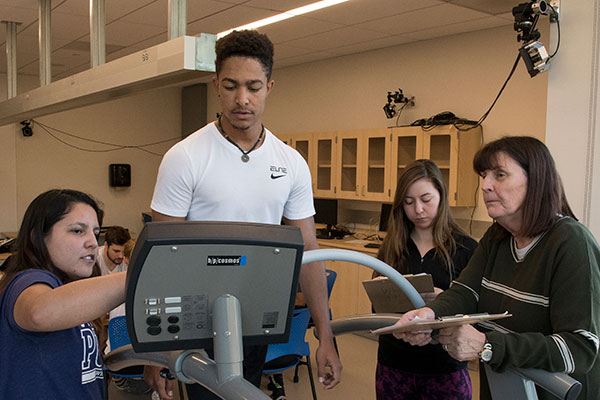 The Yao Yuan Sze Foundation Movement Laboratory is an innovative space where students explore the dynamics of physical movement as they pertain to health and wellness. Located on the ground floor of the newly renovated Science & Learning Center, the lab’s doors open to an enhanced outdoor corridor where students can observe this exploration in action.

As just one example of taking advantage of the lab, Bailey Russ and Frankie Capraro's movement project laid the foundation for an Xbox program that could change how physical therapy patients recover at home.

Bailey and Frankie developed a therapy simulation, connected the program to both an Xbox Kinect camera and a separate motion-capture system in the laboratory, and used both to collect study participants’ movement data.

The project has been an exciting opportunity for Bailey to combine her kinesiology studies with coding. As she sets her sights on graduate school, she hopes to continue investigating the benefits of combining physical therapy and the virtual world. Read more about her and Frankie's project.