Our political science graduates enjoy success in a wide range of political fields.

They include former congressmen, members of the state legislature and city councils, the head of the St. Lawrence Seaway project, dozens of lawyers, university professors, officials in the United Nations, former ambassadors, a vice-president for Columbia Records, actors, business executives, a U.S. Assistant Secretary of Education, a deputy director of the U.S. Treasury Department, and, most recently, an individual who headed up the program in Afghanistan to improve their legal and judicial systems.

Find your own career and internship opportunities at the Center for Career and Professional Development. 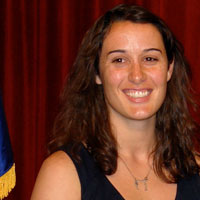 Having served diplomatic assignments abroad in Syria and Oman, Clancy is now Special Assistant to the Deputy Secretary of State in Washington, D.C. Last year, Erin also traveled to Nigeria as part of the U.S. delegation that took part in the second Regional Security Summit. Among Erin’s numerous awards, she has been named one of the 2015 Next Generation National Security Leaders by the Center for a New American Security.

“I’m grateful every day for the world-class liberal arts education I received at Whittier College. Whittier equipped me to succeed in diplomacy by training me to be a compassionate life-long learner able to understand the interdisciplinary connections between the sciences, history, and languages across the human experience. My Whittier education is the bedrock of my success.” 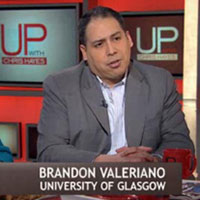 With his in-depth knowledge of global politics and cyber security, Brandon has authored numerous articles and books on conflict and has made notable appearances on BBC Radio and MSNBC’s “Up with Chris Hayes.” He also lends his expertise as a reader at Cardiff University and as an advisor to the NATO Cooperative Cyber Defence Centre of Excellence in Estonia.

After completing a double major in political science and history at Whittier, Brandon went on to obtain a Ph.D. at Vanderbilt University. His time at Whittier’s Franklin Society also taught him “that one is often capable of more than they ever think possible.”

"Whittier taught me to question everything. This has been the foundation of my career and serves an important function in society." 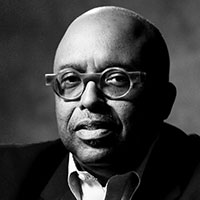 Darrell manages all legal affairs at BET, the nation’s leading provider of television programming for an African-American audience. Before joining the company, Darrell managed business affairs for Mandalay Pictures and Columbia Pictures.

After graduating from Whittier, Darrell earned a master’s at The Queen’s College, Oxford University and a J.D. at Stanford Law School.