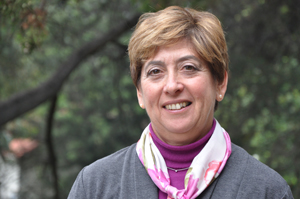 Professor Emerita Joyce P. Kaufman is Professor Emerita of Political Science. Since joining the academic world, Kaufman has taught primarily in the areas of international relations and American foreign policy. Her research interests follow two main paths. She has written extensively on using simulation, especially computer-assisted simulation, for teaching and learning, and, in 1998, she was guest editor of a special edition of the journal International Negotiation dedicated to that topic. Her other primary research interests deal with national and international security. Her recent research looks at the conflicts in the former Yugoslavia and the impact that they have had on NATO in the post Cold War world, for which she was awarded a NATO Research Fellowship. Her book, NATO and the Former Yugoslavia: Crisis, Conflict and the Atlantic Alliance, was published by Rowman & Littlefield Publishers in 2002.

Kaufman's recent research looks at the impact of the wars in Yugoslavia on women in ethnically mixed marriages. Working with a colleague, Kristen Williams at Clark University, together they have expanded this research into a comparative study of nationalism, citizenship, marriage and the state. Starting with the former Yugoslavia, they are also exploring the ways in which citizenship has become gendered in the United States and Israel in order to draw some general conclusions. Kaufman is also working on a text in American foreign policy to be published by Rowman & Littlefield Publishers.

At Whittier College, she was the creator and director of the International Negotiation Project (INP), a community assisted simulation of international negotiation and foreign policy decision making for high school students, and the International Negotiation Modules Project (INMP), a similar simulation for community colleges. Kaufman served as Project Director for grants from the United States Institute of Peace, the National Science Foundation, the Fund for the Improvement of Post-Secondary Education, and the Parsons Foundation in support of the INP and/or the INMP. In addition, she has been awarded grants from the Irvine Foundation and Hewlett Foundation in support of the Whittier Scholars Program.

Prior to coming to Whittier College in 1985, from 1977 to 1979, Kaufman served as a Foreign Affairs Specialist in the Office of the Assistant Secretary of Defense for International Security Affairs at the Department of Defense, where she worked on NATO Nuclear Policy. She spent the next four years working in Washington, D.C. for defense contractors on policy-related issues.

Kaufman received her Ph.D. in 1978 from the University of Maryland in the areas of International Relations and Comparative Politics and her BA and MA in Political Science from New York University.

Professor Emerita Joyce P. Kaufman’s recent research looks at the impact of the wars in Yugoslavia on women in ethnically mixed marriages. Kaufman co-authored a book entitled Women, the State and War: a Comparative Perspective of Citizenship and Nationalism on the topic. She has also worked for the Defense Department and published a book on the future role of NATO.