Students who graduate with a Whittier College degree in chemistry are well prepared for their post-graduate pursuits.

Find your own career and internship opportunities at the Weingart Center for Career and Professional Development. 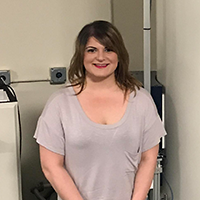 Domarin is making progress against cancer at the National Cancer Institute. At the nation’s principal research agency for the diseases, she focuses on better understanding how enzymes transfer proteins.

Before she was an award-winning researcher, Domarin was double majoring in chemistry and economics at Whittier. In the classroom and the lab, she learned to think independently and conduct her own research—skills that aided her greatly in graduate school. She also felt supported by her professors, who were always available to talk and made everything feel easier to accomplish.

“Being in the classes at Whittier, it was very conducive to independent thinking… It was almost indescribable.” 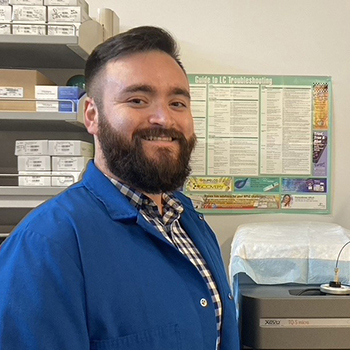 Pedro left Whittier well equipped for a career in making a real difference—from under-served schools to the lab, and beyond.

After he graduated, his first job was working with a high school outreach program to promote the sciences to underrepresented and under-served students. He was prepared thanks to both his broad coursework—he majored in chemistry and minored in history and Spanish—plus his on-campus job as a tutor and supplemental instructor.

Pedro soon entered graduate school at University of California, Riverside’s School of Medicine, where his research experience with Professor Devin Iimoto gave him an advantage: he could hit the ground running. Because his classes at Whittier were small, he gained direct experience in the laboratory and honed his technical skills with sophisticated tools—which peers in his grad program never had the opportunity to do.

Pedro also grew as a scientist thanks to his professors’ personal guidance.

“The faculty at Whittier College take a personal interest in the success of their students,” Pedro said. “Their guided mentorship has led to a really good history of graduates who move on to higher degrees such as a Ph.D or M.D. In my class alone, more than half of us have a doctorate level degree or are near their completion.”

Now, as a full-fledged researcher, Pedro is excited to investigate diet-induced obesity because of the significant difference he could have to combat a life-altering disease. In the lab, he enjoys collaborating with different researchers. It reminds him of his time at Whittier, where his work with Iimoto crossed paths with organic chemistry professor Ralph Isovitsch. Bringing his career thus far full circle, he also mentors other budding scientists, with an emphasis on people of color and diverse backgrounds. 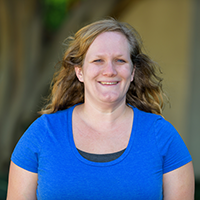 Everyday at Chevron, Megan never knows exactly what she’s going to encounter in the quality control lab. But she loves thinking through puzzles, and Whittier equipped her with the foundational experience to figure them out.

As an undergraduate, she worked hands-on with instruments in the lab—experiences her graduate school peers envied—and learned how to dig deep into her studies and ask questions. At the encouragement of her professors, Megan spent two summers in research labs to hone her knowledge and gain real-world experience.

After earning a Master’s at University of California, Irvine, her Whittier network led her to her dynamic job at one of the world’s largest energy companies.

“Whittier professors want you to explore questions and… that’s definitely something that helped prepare me.” 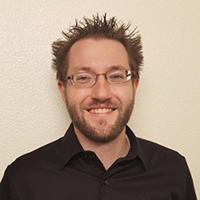 Joshua conducts research where chemistry and biology meet, focusing on protein thermodynamics and how they obtain their natural shape. He was also part of a team that figured out how to unboil egg whites—an innovation that could dramatically reduce costs for cancer treatments, food production, and other areas of the global biotechnology industry.

Joshua first began his protein work at Whittier, where he was an undergraduate research assistant. While working alongside professor Devin Iimoto, Joshua even co-authored their findings—an invaluable addition to his growing resume.