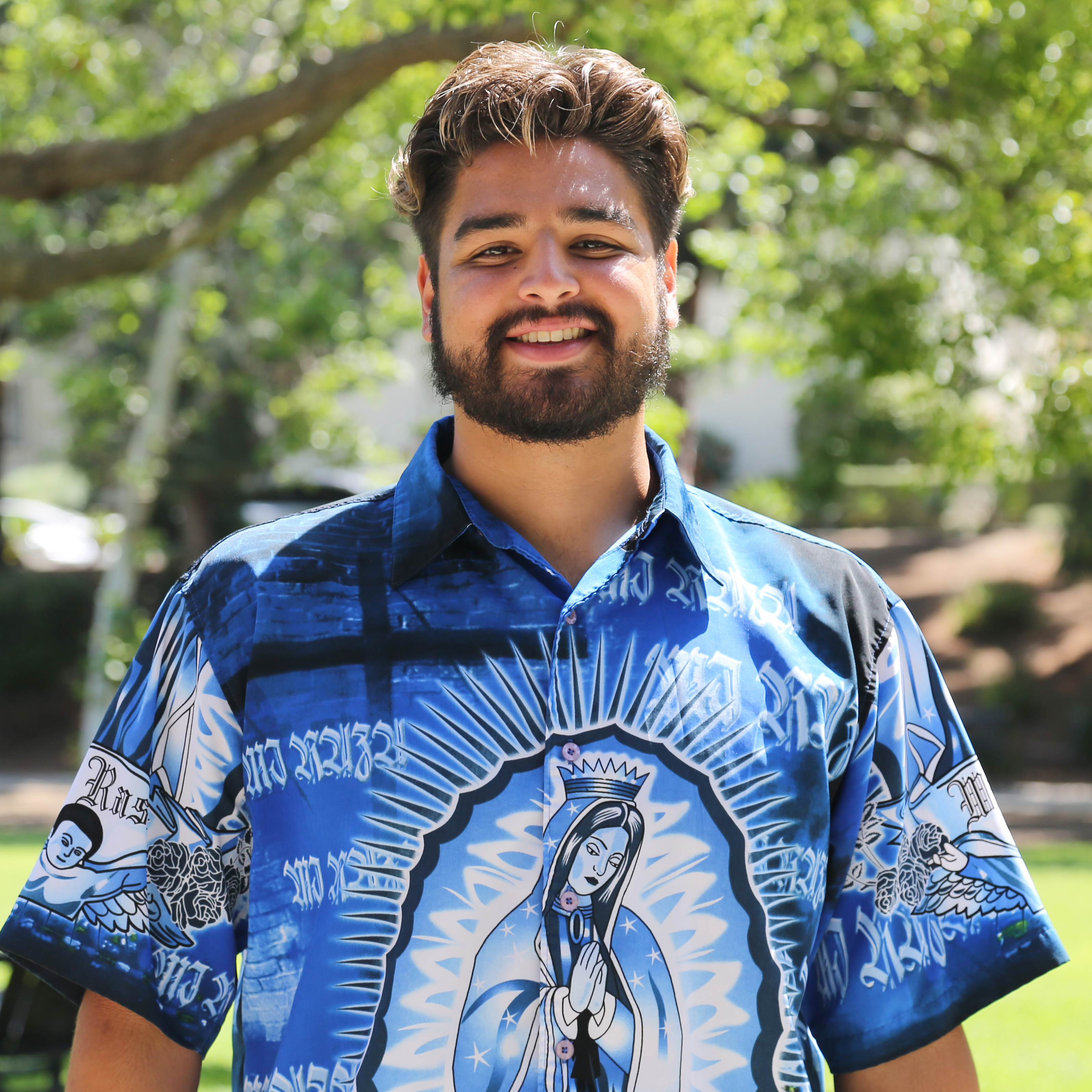 Sociology major Govanni "Gio" Santos Cantu '22 has been selected as the 2022 Student Commencement Speaker. He will deliver his speech to his fellow classmates on Tuesday, May 24 during Whittier College's 119th Commencement ceremony.

Santos Cantu is a proud and accomplished first-generation college student. Originally from Corona, California, he transferred from Chaffey Community College where he earned an associate's degree in social sciences with an emphasis in behavioral sciences. While at Whittier he served as a student ambassador for the first-generation club, a room advisor, and was a Poet water polo player and swimmer.

For his senior project, Santos Cantu conducted a research project on gang identity within Riverside County. After graduation, he plans on earning a master's degree in teaching and education, with the ultimate goal of teaching within a juvenile detention center.

"One reason I'd like to work in this field can be expressed by a quote by Father Gregory Boyle," said Santos Cantu. "It states, 'No daylight to separate us. Only kinship. Soon we imagine this circle of compassion. Then we imagine no one standing outside of that circle, moving ourselves closer to the margins so that the margins themselves will be erased. We stand there with those whose dignity has been denied. We locate ourselves with the poor and the powerless and the voiceless. At the edges, we join the easily despised and the readily left out. We stand with the demonized so that the demonizing will stop. We situate ourselves right next to the disposable so that the day will come when we stop throwing people away.'"