Whittier College Announces New Leadership of Board of Trustees 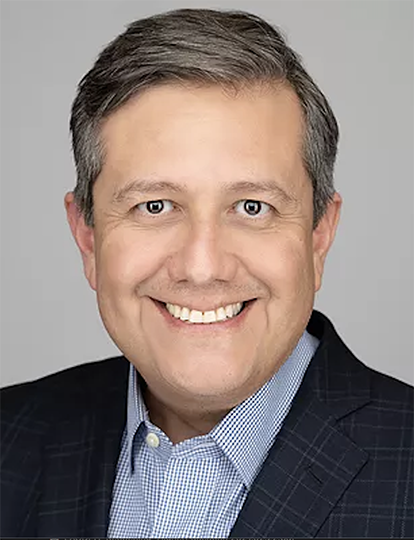 “I’m proud to be assuming this leadership role at my alma mater, especially at a time when there are so many changes and opportunities within higher education,” said Santana. “Whittier College has had such a huge impact on my life and on my family. I want to ensure that Whittier College continues to be a leader in providing access to students from all backgrounds—including students of color, and those who are the first in their family to attend college.”

In 2020, Whittier College was ranked as one of the top colleges in the country, receiving special recognition for its diversity and financial value. According to U.S. News & World Report, the College ranked as the top liberal arts college in California for students’ social mobility and the 8th-best liberal arts college in California for “best value”—a graduate’s ability to move up the economic ladder. Whittier also ranked in the top 15% of colleges and universities for diversity and inclusion in The Wall Street Journal/Times Higher Education college rankings. And, Money magazine named Whittier as the 39th “most transformative” college in the nation.

“I am very much looking forward to working with Miguel, our new executive team, and our current board members to advance the mission of Whittier College,” said President Linda Oubré. “This is the time to find new and innovative strategies to move Whittier College forward. This group of individuals is perfectly indicated to lead the way.”

Miguel A. Santana was appointed president and C.E.O. of the Weingart Foundation in 2021. He has over 30 years of experience leading numerous fiscal, legislative, political, and community issues. Santana served as president and C.E.O. of Fairplex, a nonprofit community benefit regional organization based in Pomona, CA, from 2016-2020. Previously, he was the city administrative officer for the City of Los Angeles, where he oversaw the City’s $9 billion budget and designed the City’s first comprehensive homeless strategy, resulting in a $1.2 billion voter-approved housing bond and a doubling of the City’s general fund investment on programs to end homelessness. Prior to joining the City, Santana served as one of five deputy chief executive officers for Los Angeles County, overseeing all social service programs supporting children, families, veterans, and persons experiencing homelessness.

Santana engages in numerous civic efforts to create a more equitable Southern California region, including serving as chair of the Committee for Greater L.A. He has also served on numerous nonprofit boards and been on the Whittier College Board of Trustees since 2016.

Santana has a B.A. in sociology and Latin American studies from Whittier College and a master’s degree in public administration from Harvard University.

Kaykas-Wolff previously served as chief marketing officer at Mozilla, where he helped create millions of new customer relationships and grow revenue with its flagship product, Firefox. Prior to Mozilla, he served in leadership roles at BitTorrent, Microsoft, and Yahoo!. In addition, Kaykas-Wolff is the author of Growing Up Fast: How New Agile Practices Can Move Marketing and Innovation Past the Old Business Stalemates and serves as the producer and co-host of the popular podcast This Is Your Life in Silicon Valley.

Kaykas-Wolff has a B.A. in psychology from Whittier College and has been on the Board of Trustees since 2017.

Kenya L. Williams, Esq. is a Los Angeles-based experienced intellectual property attorney who has substantial transactional, litigation, and enforcement expertise in the areas of trademarks, copyrights, licensing, trade secrets, and right of publicity. She currently serves as the trademark enforcement counsel for Thermo Fisher Scientific Inc., a U.S.-based provisioner of scientific instrumentation, reagents and consumables, and software and services to healthcare, life science, and other laboratories in academia, government, and industry, Previously, Williams was trademark attorney for Arent Fox.

Williams is skilled at devising global branding strategies, providing trademark clearance advice, and enforcing trademark and other intellectual property rights worldwide for small, mid-size and large multi-national companies. She also has a considerable amount of transactional experience drafting and negotiating agreements related to intellectual property transactions and other areas of law.

Williams enjoys mentoring law students and young lawyers and is an active member of the Whittier Law School Alumni Association. She has a B.S. from Stanford University, a master’s degree in public administration, health administration, and planning from Tennessee State University, and a J.D. from Whittier Law School. Williams has been a member of the Whittier Board of Trustees since 2016.

Tim Yamauchi is a principal for Inside the Mountain Consulting, a management consulting practice focused on assisting growth companies and organizations that are catalyzing change and innovation in their industries.

Yamauchi has more than 30 years of experience in strategy development, business innovation initiatives, and capital sourcing. He has taken a leading role in several successful start-ups and early-stage companies. Additionally, Yamauchi has been involved in a number of social enterprises in both “C-Level” roles and board of director capacities. Notably, he served as executive vice president for PRIDE Industries, one of the largest employers of people with disabilities in the country, and the California Asian Pacific Chamber of Commerce, a leader for diversity in economic development.

Yamauchi is a senior fellow of the Mountain Valley Chapter of the American Leadership Forum and was selected as the 2009 CFO of the Year by the Sacramento Business Journal. He is also a certified public accountant with previous experience at a “Big Four” accounting firm, now PricewaterhouseCoopers.

Originally from Whittier, California, Yamauchi holds an MBA from Harvard and is a graduate of California State University, Los Angeles.

Whittier College Announces New Leadership of Board of Trustees