New students must submit proof of COVID-19 vaccination by July 15 in order to register for classes. 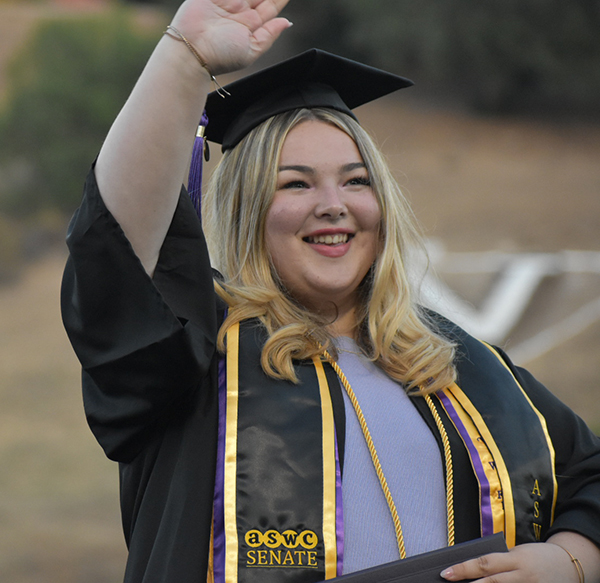 ASWC President and political science major Grace Hagan Martin expanded her classroom experience while serving as a representative of her peers.

“The best thing [about being ASWC president] was learning about political science while practicing it in real-time in student government,” said Hagan Martin who also served as off-campus representative in ASWC Senate.

“As president, I have learned a lot more about students' needs, and what students truly want from their college experience. Through this role, I learned so much more than I ever thought I would, and I feel so connected to Whittier through this experience,” she added.

As Hagan Martin graduates, she plans on pursuing a master’s in public administration and then likely heading to law school.

“Coming into Whittier, I was planning on getting my major in business, however after continuously picking political science classes, I realized that my interests aligned with political science,” she said.

“It was the first class where I was truly learning so much about the world that surrounded me through a classroom setting,” added Hagan Martin.

Despite her status as a student leader, Hagan Martin shares that throughout her life she has felt out of place and struggled with anxiety. Yet, her Whittier College experience helped her flourish and gain her voice.

“Whittier has shaped me into a better person, and I will be forever grateful for that experience,” she said.

“When coming into Whittier, I had many different plans about my ultimate career goals,” adds Hagan Martin. “Now as I reflect on being a fourth-year senior, I am content not knowing [exactly] what I want at the moment.”

“My ultimate career goal now is to truly make an impact on others in some fashion. I believe that I have the power to make a difference in people’s lives, but for now, I will do that through getting more education to equip myself as a better person and student leader.”