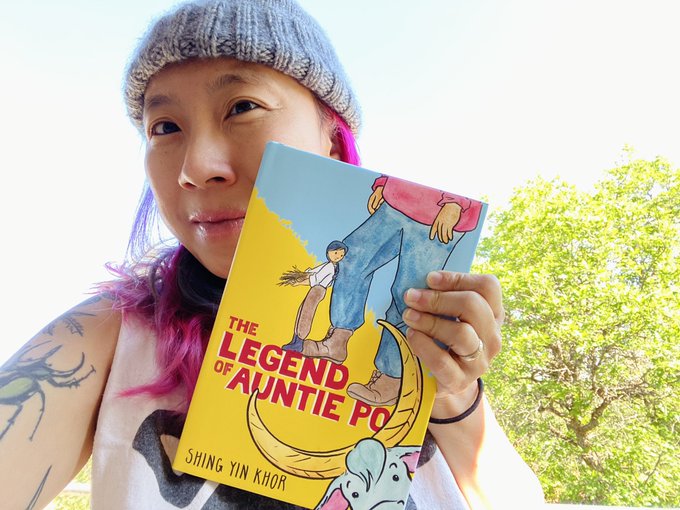 The historical novel focuses on 13-year-old Chinese American Mei who works alongside her father at a logging camp in the Sierra Nevada in 1885, following the passage of the Chinese Exclusion Act.

Mei takes the iconic tales of Paul Bunyan and reimagines them as the legends of Auntie Po, sharing them with the women and children at the camp. Via these stories the young character navigates internal issues of identity, race, and culture.

Khor, an installation artist, cartoonist and experienced designer, is also the author of The American Dream?, a graphic novel memoir about driving Route 66, which was one of NPR’s best books of 2019

Read more about Khor in the Comics Beat.

The winners in young people’s literature, translated literature, poetry, nonfiction and fiction will be announced Nov. 17 in an online ceremony.