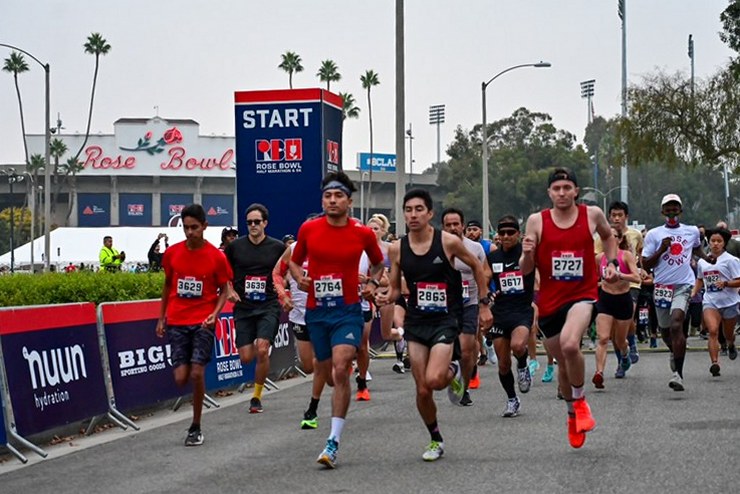 “It’s great to be back racing again,” said Ehinger, who won the 5k in 15 minutes, 55 seconds, in an interview with Pasadena Now. “It’s been so long since I’ve had a chance to compete, my last in person race was early 2019. Today was just a great time to be back, there’s nice energy and people around, it feels almost like it’s normal again with the positive atmosphere. It was a lot of fun.”