Dr. Richard Solomon to Speak at Whittier College: Enabling the Dragon: President Nixon and The Week That Changed the World 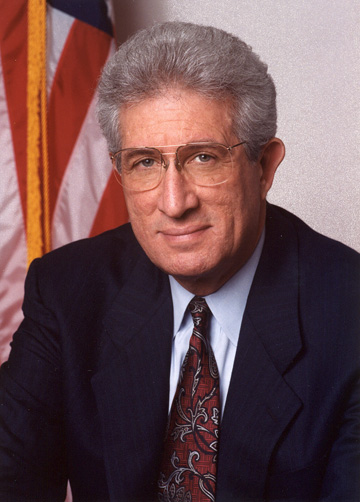 Richard Solomon, president of the United States Institute of Peace, will be speaking at Whittier College on Friday, February 24 at 11:00 a.m. in AJ Villalobos Hall, 7214 Painter Avenue, Whittier, CA 90608. His lecture, “Enabling the Dragon: President Nixon and the Week That Changed the World,” is free and open to the public, but seating is limited. For additional information, contact president@whittier.edu.

Prior to this assignment, Solomon was assistant secretary of state for East Asian and Pacific affairs from 1989 to 1992. He negotiated the Cambodia peace treaty, the first United Nations "Permanent Five" peacemaking agreement; had a leading role in the dialogue on nuclear issues between the United States and South and North Korea; helped establish the Asia-Pacific Economic Cooperation initiative; and led U.S. negotiations with Japan, Mongolia and Vietnam on important bilateral matters. In 1992-93, Solomon served as U.S. ambassador to the Philippines.

Solomon previously served as director of policy planning at the Department of State and as a senior staff member of the National Security Council. In this latter position, he supported President Richard Nixon (Whittier College class of 1934) and Henry Kissinger in the 1972 breakthrough opening of relations with China.

In 1995, Solomon was awarded the State Department's Foreign Affairs Award for Public Service and he has received awards for policy initiatives from the governments of Korea and Thailand. In 2005, he received the American Political Science Association’s Hubert H. Humphrey career award for “notable public service by a political scientist."

Solomon began his career as professor of political science at the University of Michigan, and also served as head of the Political Science Department at the RAND Corporation.

Dr. Richard Solomon to Speak at Whittier College: Enabling the Dragon: President Nixon and The Week That Changed the World