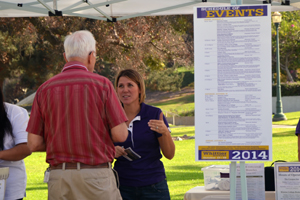 More than 1,000 Poets including alumni, families, and friends, participated in this year's Whittier Weekend festivities between October 17 and 19.

The three-day celebration opened with an intimate Golden Anniversary brunch in honor of the class of 1964 followed by President Sharon Herzberger's State of the College address. In her speech, President Herzberger noted the College's role as a model in higher education and provided updates on landmark initiatives and projects such as the pending renovation of the Stauffer Science Building.

Whittier's academic programs and its success in preparing students for real-world diplomacy and global affairs were on display during a leadership forum featuring accomplished alumni who have served in the Peace Corps, INSEAD, the Department of State, and high-profile NGO's.
Members of the College's ten societies participated in the traditional Dub-Sync contest. The Franklin Society earned the top prize with its spirited and condensed interpretation of the Broadway musical "The Producers." 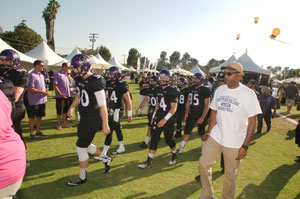