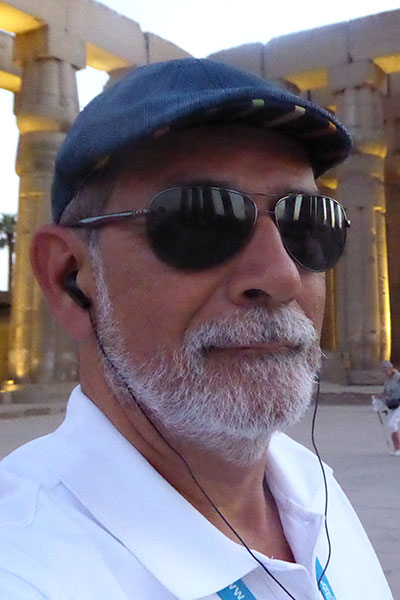 Yes, I do have a story and here it is.

I’m a native Californian as I was born and raised in Richmond, which is part of the San Francisco East Bay area. I attended UC Berkeley from the mid-1960s to early 70s which was an incredible period of social and political change; what a phenomenal time to be young and in college! After graduating from Berkeley I spent the first several years of my “professional” career developing public library based information and referral programs with and for people of color, especially the non-English speaking communities in the Bay Area.

I subsequently pursued my doctoral studies in the new and still evolving field of information and communication technologies at the University of Wisconsin and kept my hands and soul refreshed during my studies by developing information and referral programs for migrant farm workers in Wisconsin and the Midwest. I left UW-Madison with many good memories and a Ph.D. in IT and Information Sciences.

I opted for the business, rather than academic world, after completing my doctorate. I began my business career as an Account Executive with what was then Pacific Bell and subsequently moved to AT&T where I had the great fortune to be part of the marketing team preparing for telecom deregulation. I spent several years with AT&T as a National Account Manager, Sales Manager, and Operations Manager. I was recruited from AT&T by NEC (Tokyo) and served as their Western Region Director of Computer and Communications. My six years with NEC constituted another great and often difficult learning and earning opportunity, including significant business related travel and business meetings to Japan, Mexico, and other parts of the Pacific Rim.

I left NEC to start PRM, a Systems Integration firm that developed, implemented, and maintained Distance Learning and Video Arraignment systems. PRM provided me an opportunity to practice my entrepreneurial skills in a real-world and high-intensity environment that was both great fun and great agony. I learned as much from my mistakes as my successes and left PRM to serve as President of Sat Networks International (SNI), another systems integration firm that was developing and implementing leap-frog technologies and applications in Mexico and Latin America. SNI implemented several major projects, including the first provision of advanced telephone and data services to many rural communes ("ejidos") in Mexico and the delivery of Internet services to several Mexican colleges and universities using satellite technology. In addition to using US based technologies we also developed a Network Operations Center in Mexico City that constituted another quantum learning experience.

I left SNI after being recruited by Southern California Edison to help prepare their major customer services organization for the impending deregulation of the California energy market. After learning the fundamentals of the energy business and working within the regulated business Edison International I was recruited by PacifiCorp to lead their deregulated sales organization in California. Sempra, the mother company of SDG&E and The Gas Company, subsequently recruited me from PacifiCorp to perform a turn-around of their Midwest natural gas operations that was headquartered in Louisville, KY. After that assignment I returned to California where I helped develop their national accounts program and served as a sales VP.

While at Sempra I was recruited again (guess I can’t say no to a new challenge) by Science Applications International Corporation (SAIC) to lead their commercial energy business development. I made the decision after 9-11 to leave SAIC to teach full time at Whittier College. I continue to consult with utilities, regional government agencies and private corporations in the area of sustainable development with a focus on the nexus of energy efficiency and water conservation.

I co-authored a text and article on energy services outsourcing and am currently conducting field research on energy efficiency and water conservation. I am especially interested in the energy-water nexus as it relates to agriculture, both in rural and urban environments. While working in the corporate world I made time to teach undergraduate and graduate courses in IT, Telecommunications, International Business, Negotiation Skills, Chicano Bibliography, and Change Management at UCLA, University of Wisconsin, University of Arizona, and other colleges and universities. I have been at Whittier College for a little over a decade and plan on teaching for at least a few more years so that I can know and work with even more students from diverse ethnic and experiential backgrounds.